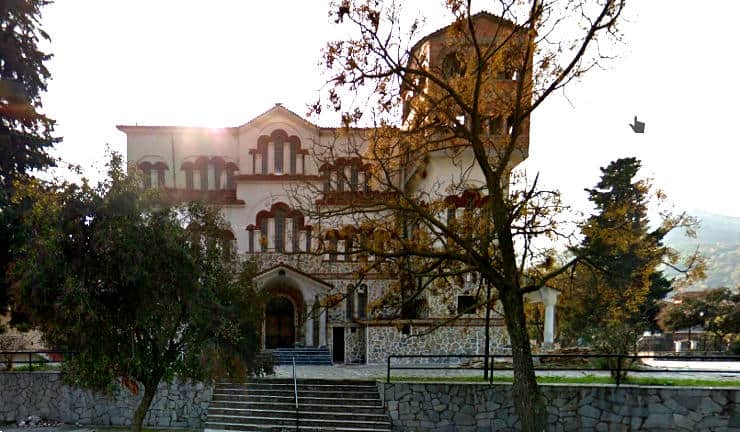 Omolio in antiquity was the northernmost city of the ancient Magnesia, built in B. Slopes of Ossa and flourished in the 4th century BC Its development is determined by the existence of mint (the most important of Central Greece, the existence of which according to findings, reaches up to the 3rd
century BC) and a pottery workshop. According to Homer, the city participated in Amphictyony Delphi. The ruins of this ancient city and citadel of still preserved near the modern village and the findings from excavations, hosted today in the Museum of Volos and other Greek museums. In the land of Omolio resting and leader of the agrarian movement and the socialist idea in Greece, Marinos Antipas.

Today the village Omolio, owned by the Municipality of Agia, is 40 km. From Larissa and its population in the summer can be as high as 1,000 people,acquiring seasonal character. The residents are farmers, ranchers, freelancers and civil servants. The area is leaking Pinios river, forming a rich habitat for wild birds, ducks, geese and kingfishers. Here is the stone bridge of”Laspochoriou”, which connected Northern. With N. Greece and from which the main arch is preserved. A few meters before the junction for Omolio in Tempe, are the sources of Daphne and Aphrodite . Several caves in the surrounding landscape give their own wild beauty. Two of these are known as “Danny” and “Barotrypa”. The first depth over 50 m. Has stalactites and stalagmites. Just outside the Omolio there Gorge (Great Pit) where Alexander the Great crossed with his army.